Having enjoyed the evolution of British band Goldfrapp over the years and having been so inspired by songs like Train, Oh La La and Strict Machine, it was great to have the first live concert experience of this act in London at the South Bank Centre. This concert was  delayed for 2 years so it was a wonderful chance to be once again immersed in the live music scene we love so much in the British capital city.

Goldfrapp redefined the aesthetic of electronic music with high couture costumes and styling befit of a Vogue or Cosmopolitan photoshoot. Above all, the music and representation of front woman, Alison Goldfrapp, redefined the sounds being used in the neo-burlesque revival as many artists took hold of this new synth sound and performed their acts to early Goldfrapp songs.

Goldfrapp moved with the momentum of the early years of burlesque in London, inviting burlesque star, Immodesty Blaize to perform in the video ‘Train’.

Doc Moody and I are pleased to present the World Burlesque Day 2022 Anthem… Queen of the Scene Following the success [...]

Suicide is among the top 20 causes of death in worldwide for people of all ages but with your [...]

To boost morale and unite the global dance floor online, I am pleased to have launched the #BoogieInBootsChallenge. It has [...]

Catch some beautiful burlesque in Turin, Italy when Sapphira performs alongside an international line up. Click here for tickets Click [...]

While worldwide music fans are reeling with the news of the tragic passing of UK band The Prodigy’s enigmatic [...]

CREATE A BURLESQUE & CABARET CAREER YOU CAN BE PROUD OF! Have you ever dreamed of taking your career up [...]

Sunday 26 April 2020 – www.worldburlesqueday.com Join the launch of World Burlesque Day, an international day and celebration of all [...]

Enjoy Sapphira’s latest track, Facing My Demons. She is using music to raise awareness about mental health after her full [...]

The Mistress album is a dedication to burlesque figured head and doyenne, Dita Von Teese. Sapphira’s and her dancers [...] 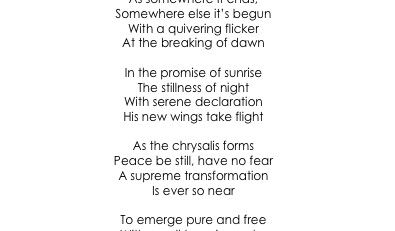 On Monday the 23rd of March, both myself and my husband, Tonestepa attended the Butterfly Conservation Branch Member’s Day [...]